The Jones Act lawyers of The Law Offices of Michael S. Lamonsoff who represents decedent, Harry Hernandez and his surviving family, in the case of the collision and sinking of the tugboat “Specialist”, closely monitored the raising of the ship and the recovery of Mr. Hernandez’s body.

The wreckage of the tugboat, which sank after a collision with a construction barge on March 12, 2016 at the new Tappan Zee Bridge north of New York City, was raised from the Hudson River on Thursday, March 24, 2016.  The body of Mr. Hernandez, the last remaining victim of the boat accident, was recovered from the wreck.

The bodies of 62-year-old crew member Paul Amon and 29-year-old Timothy Conklin were pulled from the water that on March 12 when the tugboat accident occurred.  Amon’s body was found shortly after the accident in the early morning.  Using sonar equipment, state police divers returned to the scene later after the choppy winter waters calmed and found the body of Conklin, of Westbury, inside the tugboat. 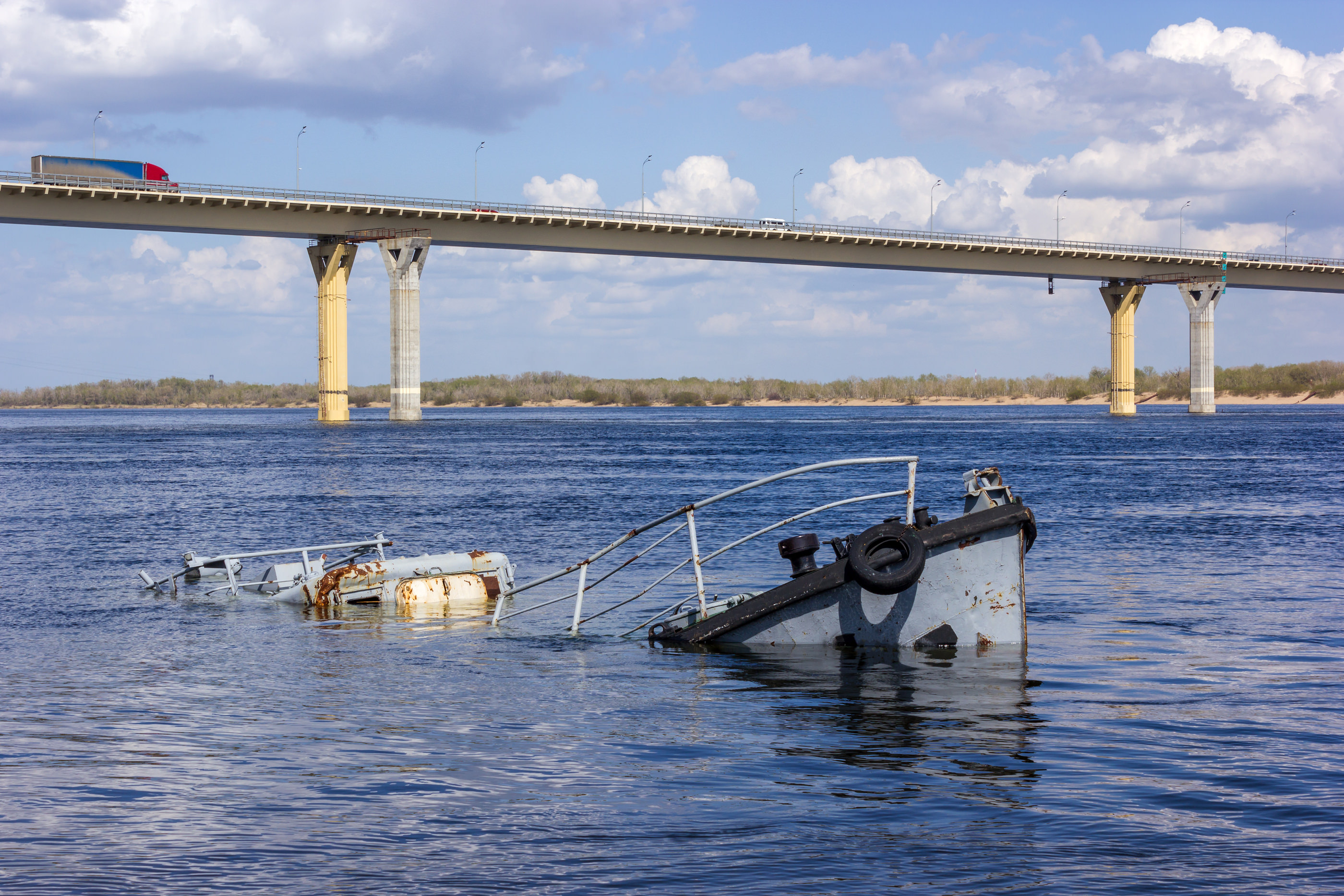 The search of the third victim of the tragic Hudson River tugboat accident, 56-year-old Harry Hernandez, had to be delayed due to rough waters and lack of visibility.  Authorities reported that the body of Mr. Hernandez, was in the heavily entangled area in the front of the sunken tugboat and was not able to be removed despite the efforts of recovery crews.

What Did Attorney Lamonsoff Have To Say About The Accident?

In the aftermath of the Hudson River tugboat accident, Mr. Lamonsoff was widely quoted by the media.  He aggressively denounced the insurance company of the tugboat Trevor which was part of the flotilla of tugboats which included the doomed Specialist for motioning the Court for a limitation of liability three days after the boating accident.

Their motion was filed despite evidence to the contrary, that the Trevor may have shared in the responsibility for the boating collision and prior to any official investigation.  Most disturbing to Mr. Lamonsoff, was that the insurance company made the motion before the Specialist was raised and Mr. Hernandez’ body was recovered.

Outraged at their behavior, Mr. Lamonsoff condemned the insurance company’s sensibilities and lack of respect for the families of the deceased by making this motion stating “It’s repulsive and insensitive,” said Mr. Lamonsoff. “Before the body was recovered and the investigation even began they’re already running to court, which is disrespectful to this man.”

He went on to state that “The Hernandez family has suffered a tremendous loss. It is my job to help the family find some sort of peace and justice in this tragedy.” The Law Offices of Michael S. Lamonsoff, PLLC was present and closely followed the efforts of state police recovery teams and the salvage operation. 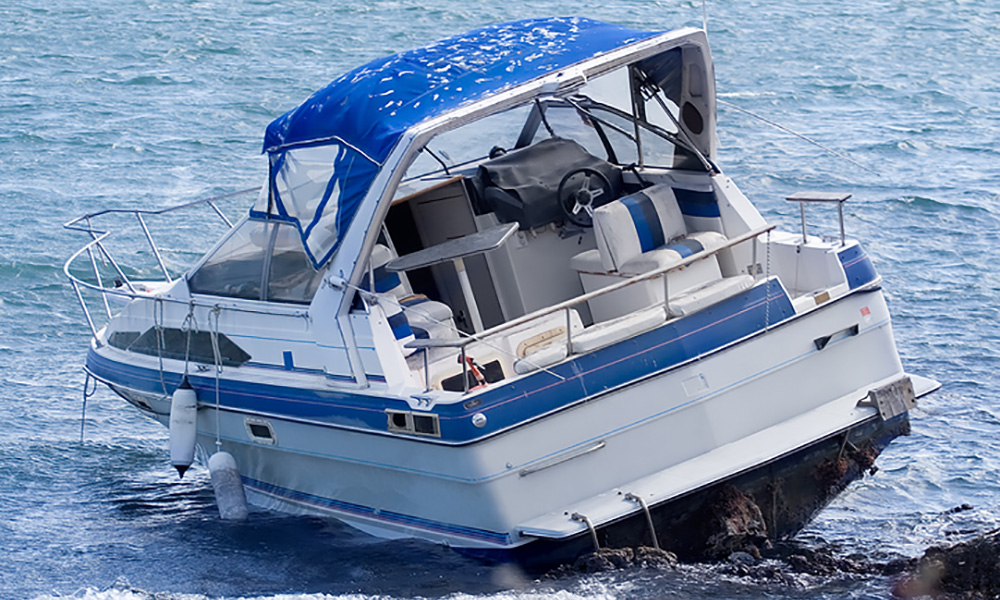 What Is The Police’s Role?

In the aftermath of the boat accident, divers from the state police and NYPD reported that they had only been able to go down to the sunken tugboat during slack tides.  The Coast Guard said visibility was low with strong, dangerous currents that prevented them from conducting an exhaustive search of the wreck.

Divers resigned themselves to waiting until the next slack tide, and a slow ineffective search, until information was released that the owner of the tugboat had contracted a private salvage company with a special crane capable of raising the tugboat wreck. The salvage operation recovered Hernandez’s remains on March 24, 2016, after the boat was lifted out of the turbulent 46-foot-deep water of the Hudson, said authorities. Newsday reported that the salvage operation began about 7 a.m. and by 9 a.m., the tugboat was raised.

Thereafter, the Westchester County Police Marine Unit and Emergency Services Unit boarded the wreck of the Specialist and removed Hernandez’s body. “[Mr. Hernandez] was in a bunk room, near the front of the vessel on the starboard side,” a representative said. “There was a lot of damage.  There was a lot of steel in the area.  We had to cut our way in there.”

In a show of sensitivity to the grieving family, the Law Offices of Michael S. Lamonsoff closely followed all reports of the Coast Guard, salvage crews, videos, and pictures concerning the recovery of Mr. Hernandez’ body to provide some closure to their concerns of his last moments and the treatment of his remains.

Mr. Lamonsoff, who is a mariner, noted that Amon and the doomed crew may have believed they could have prevented the boat crash had the tugboat Trevor responded to alleged calls to change its navigation.

If you or someone you know was injured or killed as a result of a boating, ferry, or water taxi accident, please contact one of our experienced New York boating attorneys immediately at 212-9522-1020 or Toll-Free at 877-675-4529.

We will provide you with an immediate and free consultation. Remember, the Law Offices of Michael S. Lamonsoff, PLLC is available for legal consultation 24 hours a day, seven days a week.

Are you a survivor of sexual assault or abuse that occurred years ago?

New York has recently passed the Adult Survivors Act, which allows victims that were at any age 18 or older, to now bring their abuser to justice. This includes the institutions that protected them.

Find out how to fight back with Michael S. Lamonsoff.