Jason Lesnevec is an Associate at the Law Offices of Michael S. Lamonsoff, PLLC.

Mr. Lesnevec was a prior Assistant Prosecutor in Newark, New Jersey, where he fought on behalf of victims of tragic violence. In his practice, he tried fourteen cases, ranging from theft to murder. Through all of his jury trials, Mr. Lesnevec became very comfortable in the courtroom and has achieved some of his best results by way of jury verdict.

Mr. Lesnevec’s interest in protecting victims led him to the plaintiff’s bar where he continues to fight for those who suffer. Although Mr. Lesnevec has successfully negotiated hundreds of complex cases, he believes in going to trial. Mr. Lesnevec realizes that the clients have suffered at the hands of others, which motivates him to work tirelessly to ensure that they are given the zealous representation that they deserve. He believes in the jury deliberation process and prefers the generosity of juries over the greed of defendants. 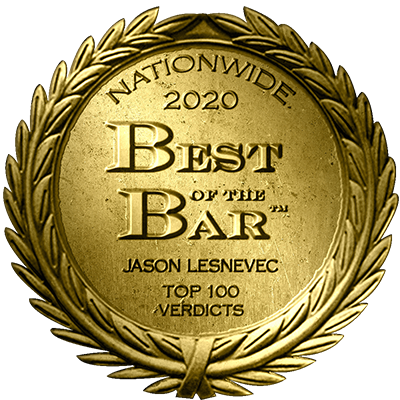 In his very first civil jury trial, in February 2020, Mr. Lesnevec achieved a jury verdict of 9 million dollars on behalf of clients of the Law Office of Michael S. Lamonsoff. In that case, the City of New York offered $50,000 to settle the case at the hour before trial. Knowing that one of the clients suffered a serious Traumatic Brain Injury for 13 years preceding trial, Mr. Lesnevec litigated the case to a verdict, ultimately securing justice for the Plaintiffs.

During law school Mr. Lesnevec clerked for a federal magistrate judge in the Southern District of Illinois, where he worked on civil rights cases. He also spent his time participating in moot court competitions and was a member of Washington University’s national mediation team. At law school, Mr. Lesnevec was published by the American Bar Association and was awarded the top grade in numerous classes.